Don’t bash the Bible Bump! (aka the Ganglion Cyst)

One of the most common lumps we come across in our clinic is the Ganglion Cyst (pronounced “gan-glee-in”). It’s sometimes called the Bible Bump. Why you ask? We’ll come to that shortly…

What is a Ganglion Cyst?

Between the bones of your joints is a thick fluid (called the synovial fluid) that acts as a lubricant, reducing friction and allowing your joints to bend and move smoothly. This fluid is housed in a a membrane, called a tendon sheathe, made of tissue. This sheathe keeps the fluid in it’s rightful place.

Occasionally a small hole can develop in this membrane, allowing the thick fluid to slowly leak outside of the joint and build up. The resulting lump that you see is called a Ganglion Cyst. The causes of the hole are largely unknown. Sometimes it can be due to abnormal pressure (such as in athletes), injuries or possibly even repetitive motion – like spending lots of time at a keyboard!

Where on the body to Ganglion Cysts occur?

60% of ganglion cysts occur in the hand and wrist area. They are more prevalent in women. The occur most often between the ages of 20 and 40, but are also common in people with arthritis.

One of the most common areas for Ganglion Cysts to occur is on the wrist, both on the palm side (“volar”) and back (“dorsal”). They can be very small, or can grow to the size of a golf ball. Sometimes the cyst may not be visible at all (an ‘occult cyst’, and could just be internal, but still be causing pain.

Cysts are also known to form around the fingers, at the base where the finger meets the palm or just before the finger nail. These are common amongst people with arthritis.

On ankles and behind the knees

Ganglion Cysts are also found in the lower limbs, around the ankles or knees. The internal mechanics of the cyst are the same.

Not usually. Technically they are a soft tissue tumor, but they are not cancerous, and should not be a cause for alarm. If they are not causing any discomfort, pain or other inconvenience then they can safely be ignored.

However if the so called Bible bump causes irritation, is painful, causes discomfort, or if you have cosmetic concerns about how they look, then there are some treatment options available, as discussed below.

But why is it called a Bible Bump?

In centuries gone by, a common treatment for ganglion cysts used to be to bash it hard with a heavy book, forcing the fluid to disperse. And the heaviest book in the house would usually be the Bible! That’s where the ganglion cyst got it’s name, also picking up the moniker “Gideon’s disease” on the way.

We don’t recommended this as a treatment today, as it could cause damage to the tissue surrounding the joints and lead to subsequent problems. Your choice of book is not likely to make us change our recommendation.

(On a side note, you may have come across videos online advocating the book-bashing method of treatment, claiming varying degrees of success. Keep in mind, a video is more likely to be uploaded if it shows a positive outcome. Which means the attempts that fail probably not make it to the likes of YouTube, and therefore the viewpoint presented is biased).

As mentioned above, ganglion cysts are not harmful, and do not present any form of emergency. In fact studies have shown that almost half of all ganglion cysts go away by themselves after a few years. So unless you are experiencing any adverse symptoms, or they are causing a nuisance (such as not being able to pull your arms through your shirt sleeves, or disruptions to everyday activities for example) then they can safely be ignored.

In a fairly rapid and and effective procedure, a medical practitioner may drain the fluid out with a needle. There is however a chance that the fluid, and thus the lump can return afterwards. Occasionally the hole causing the fluid leak can be injected with a steroid to reduce the chance of re-occurrence. This option is not always possible however, and your doctor will advise.

In rare cases surgical removal may be advised. If this is the case, it’s usually done as an out-patient procedure and won’t require a hospital stay.

Non-option : Don’t bash it with a book!

We don’t advise this!

Are you concerned about a lump?

If you’re concerned about a lump and would like professional medical advice, ask your doctor to refer you to the Manchester Lumps Clinic or contact us directly. 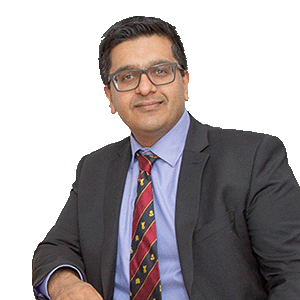 Private consultations available at multiple locations in and around Manchester and Lancashire.

Get In Touch
Manage Cookie Consent
To provide the best experiences, we use technologies like cookies to store and/or access device information. Consenting to these technologies will allow us to process data such as browsing behaviour or unique IDs on this site. Not consenting or withdrawing consent, may adversely affect certain features and functions.
Manage options Manage services Manage vendors Read more about these purposes
View preferences
{title} {title} {title}